James W. Strutt, 1959: designed to meet the clients requests for both privacy and connection to nature. Structurally resolved through the weight-efficiency and geometric explorations of hexagon volumes and hyperbolic-paraboloids, it is “of it’s site”.

Baldock worked for Bremmer Construction and was introduced to Strutt by Bremmer’s President, Bill Dawson. Baldock worked as a site supervisor on two properties Strutt designed in Senneville (a suburb of Montreal), and came up to Ottawa weekly to help build the Strutt House. When Bremmer decided to open an Ottawa office, Baldock asked Strutt to design his new home in the same area…so close to downtown, but on the doorstep of the Gatineau Park.

The Baldock’s were avid art collectors, and had a large collection of modern paintings and sculptures. They wanted enough wall space, but many corners for their sculptural pieces, this requirement was the impetus for the intersecting hexagonal volumes. Mrs Baldock was also a very private person so the home was organized/programmed along the changes in the topographic elevations, used strategically for privacy mitigating ‘views in’, and the ‘connection to nature’ by maximizing ‘views out’.

The influences of both Wright and Fuller are evident in the packing of geometry, the light structural elements, the central utility core, and ‘textile block’ construction (custom structural concrete blocks designed for both stable connectivity, and an insulated core). The original forms for the blocks still exist.

The author had the pleasure of interviewing John Adjeleian P.Eng, the structural engineer for the home. He was still working in Montreal at the time, and had worked on several Strutt projects there and a couple in Ottawa. He recalled that Strutt had designed the kitchen volume as an open space, but Adjeleian had insisted that to carry the load a post should be installed in the middle of the room. Strutt, a geometry expert, argued that it did not need a post to work, but agreed to put the post as directed. Adjeleian, Baldock and Strutt worked for two days on site modifying the subgrade support, and finally wrangling the post into position late on a Friday night. Returning to the site following the weekend, they found the post had been lifted off the floor by a quarter inch. Adjeleian said he sat down on the floor and spent the next five hours trying to figure out the forces. He said that in reality it took him a couple of days of research and precedent discovery to finally find the math to explain the phenomena he was seeing. Strutt was proven right, and Adjeleian signed off on the removal of the post. It was at that point that Adjeleian decided to move to Ottawa so he could work with Strutt as one of his primary clients. He said that from that point on if Strutt designed something, it was more about figuring the math to prove the design, and he credited Strutt as being the catalyst for his -and his firms-very successful career. 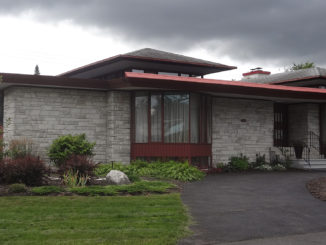 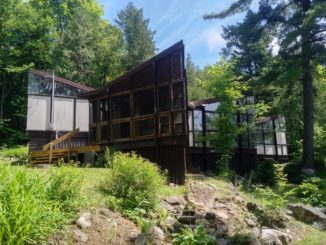