Built in 1956 for his own family, this was one of Strutt’s earliest explorations using geometry to produce structural form. One of the most prolific Canadian modernist architects of the modern era -with over 500 projects throughout the world- including every type of building from governmental/commercial/industrial, to airports, museums, churches and embassies, Strutt is often most identified with his series of geometric residential works produced from the mid-1950s to late-1970s.

Strutt was influenced early in his architectural education at University of Toronto by Frank Lloyd Wright, and in his last term he attended a lecture by Buckminster Fuller. ‘Bucky’s’ theories of weight-efficiency ratios and geometric structures would also have a profound affect on Strutt’s future exploratory works.

Strutt House is sited on the most southerly slope of the Eardley Escarpment in the Gatineau Hills. The original 119 stone steps that followed the natural contours of the hill, have been replaced with a walkway up to the second plateau and a five flight wooden stairway -with 110 steps.

The use of economical materials, techniques and methods resulted in a gracious 1,800 square foot home, built over a period of six weeks, for less than $15,000. Structurally, the house follows the natural contours of the hill, straddling two plateaus below the last rise -basically a back split bungalow. The upper and lower platforms sit lightly on pilotis that are grounded on triangular concrete peirs pinned to the surface bedrock. A concrete block ‘core’, rises as a mast like central support for the house, supporting the eight sections of interconnected roof shells. The core is fronted by a large open fire pit/hearth and is backed with a utility area and corridor, serving to divide the private and public areas of the house. All other structural supports are rabbited 2″ x 6″ members serving as the columns, sills, heads, plates and jambs of the insulated hybrid curtain wall envelope. This ‘universal section’ allows for all doors and fenestration to be set directly into the structure.

The crowning glory is the aforementioned hyperbolic parabola roof shells. Supported continuously along their edges by the walls, each of the ‘hypar’ parallelograms are formed by two equilateral triangles, giving both rhomboid form to the volumes, and stability to the structure. T & G (tongue and groove) 2x4s where chamfered so the straight lines would not be parallel, generating the hyperbolic-paraboloids and mitigating any gaps between the boards. Continuity was achieved across the boards by using six-in. spikes at 16 in. o.c. (on centres), shifting the centres eight inches on the next board to become embedded lines of steel every eight inches, a novel method compared to the cross lamination commonly used.

The southern elevation is mostly glazing, with views out through the canopy to the valley below. The brise soliels installed just below the rise and fall of the flowing roof, and the desiduous treed slope, serve to block most of the summer sun, however, the expansive glass facade also serves as a passive solar gain in the winter months, with views extending across the valley to the next natural rise in land mass, across the river to the City of Ottawa.

A social destination for the “who’s who” through the 50s to the 90s, the parties hosted by the Strutts became the sought after invite of the era. Many prominent politicians, artists, academics and members of the press were known to frequent their events. A house that is both intimate and open concept, allowed for versatility in programming of the spaces within. The house has had only modest changes to it -a testament to its design functionality.

Purchased from the family by the National Capital Commission in 2010, the Strutt Foundation is currently rehabilitating the Strutt House as a teaching model in architecture and heritage conservation planning.

Strutt House is currently a member property of : 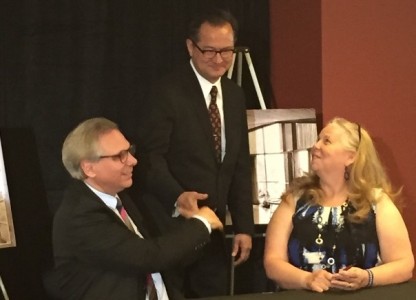 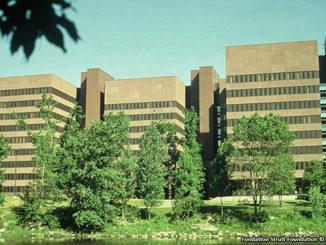 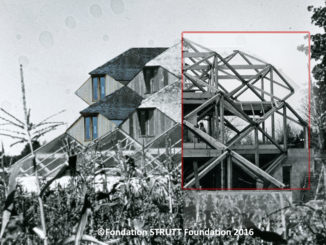